Seve Jarvin took his 9th JJ’s title this year, check out the podcast below to hear his journey to the 2022 championships. 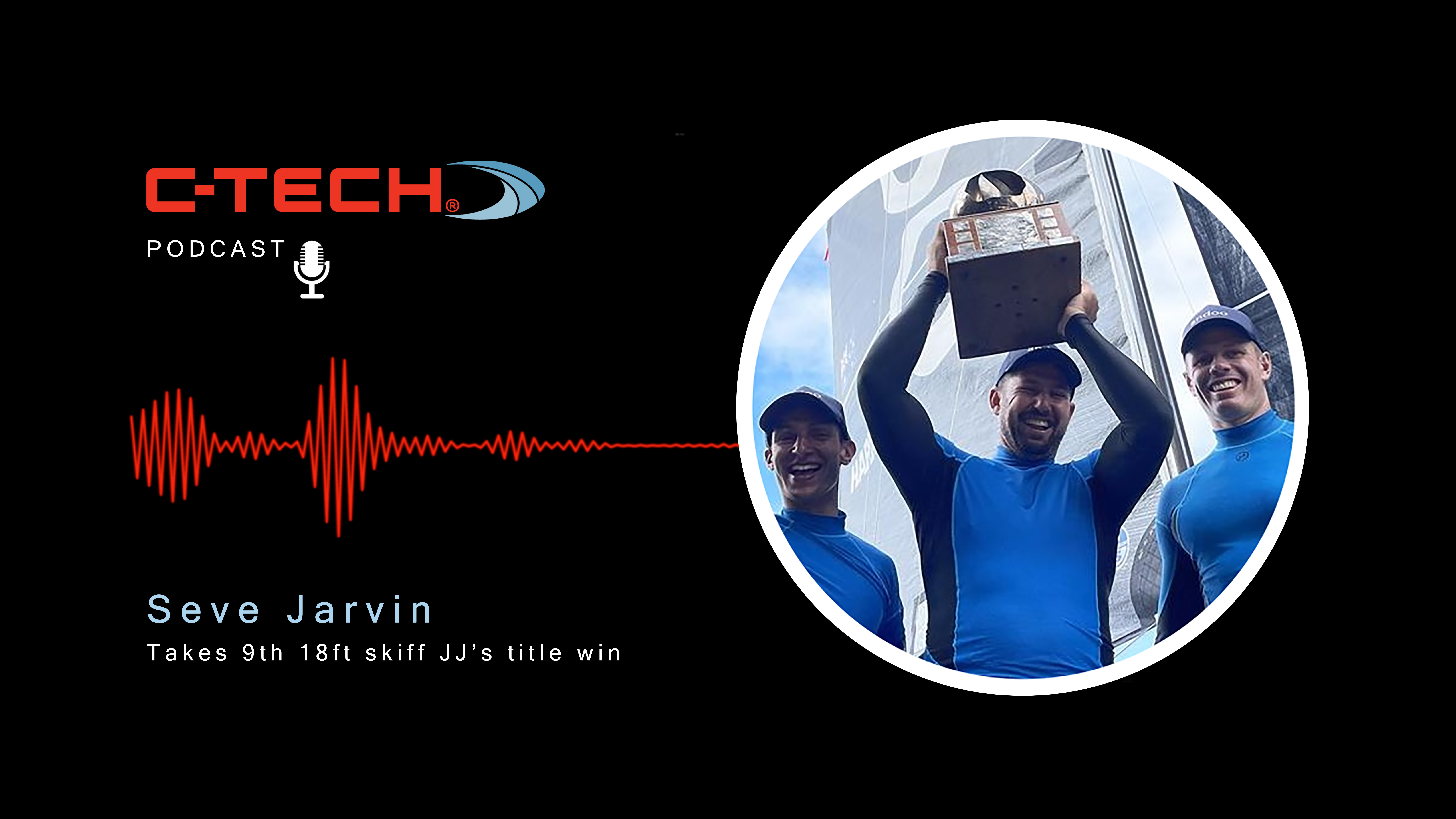 Take on any sporting national championships these days and you’ll quickly find yourself sweating the small stuff as athletes chase the smallest of details for any and every competitive edge. It’s no surprise then that competing at this level takes considerable time and dedication, and the rest, if you’re planning to put together a solid campaign. It wasn’t all smooth sailing for Seve Jarvin and crew on Andoo however, with a late injury and a crewmember unable to race. In a last-minute switch, Seve was named skipper and suddenly there was a fair amount of extra pressure on the team to perform.

It was lucky that in the lead up to the event the team had already built a lot of trust in their equipment and in their boat handling. Seve recounts going out for a training day in over 40 knots doing short course drills – building huge confidence going into race 5 of the event in particular. Seve explained he didn’t think they would be going to race that day, the forecast was something else and word was that there was no chance of going sailing that day. When they first got to the yacht club it was gusting 40knots, It then dropped down to about 35knots and the boats were sent out! The race committee put a new mark in so they weren’t going to have to go to the bottom mark due to previous floods causing extra tide. Seve says;

“It was the quickest I’d ever been on the skiff, with that tide. We had talked about our plan for the bottom mark rounding and thought we could pull off a two sail gybe, so we knew we had to get the chute down early, so that if we did swim we didn’t have a spinnaker in the water. We were open to a granny tack, it was just about keeping the rig upright and being safe. We love that stuff, it was good. You have to know when to push it and when to pull the throttle back and play it safe.”

When getting the boat ready back at the end of last year the team where amazed and very impressed at the detail and finishing’s of all their new C-Tech products.  Having previously never dealt with any of the C tech stuff before, they got all the weights of everything, the mast itself was 3-4kgs lighter. They also did some stiffness tests on all the gear and were very impressed with how light it was, the stiffness and the details of the equipment, everything was really good. The boat actually ended up needing correctors added to make the class weight.

The regatta also had a few light races, meaning some technical set up was needed over just a full survival mode. They have always been more confident in the breeze due to being a heavier team, so the light winds is always a challenge. The sails on the skiffs seem to be constantly getting bigger and bigger. With that comes the need for extra support to handle the big sales. Stiffer tips are a must to support the big square top head. C-Tech delivered this.